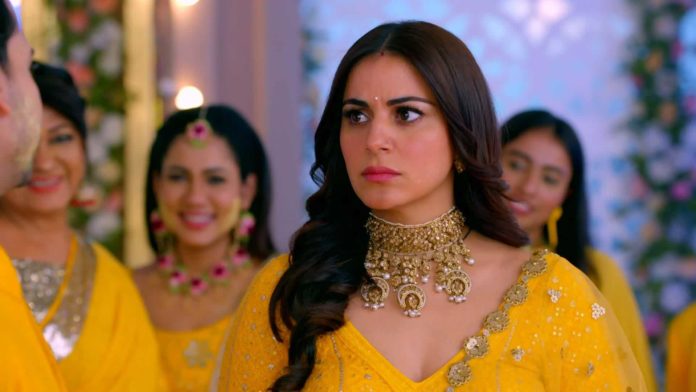 Many new twists are coming in the Kundali Bhagya, which binds the audience. Preetha and Srishti plan to know Ruchika and tells Akshay. Akshay puts goons behind them so that they can take photos from them. At the same time, Preeta becomes an accident.

In the upcoming episode aired on Friday 29th January 2021, it will be shown that the goon that Akshay sent causes an accident of Preeta and Srishti. When Preeta is unconscious, he takes a file containing photos from her. But his mobile and pen drive survive. Preeta calls Karan to keep the projector ready and also says that today she will bring the truth of Akshay to everyone.

Preeta comes home to stop the turmeric ceremony and says that she has to show everyone about Akshay. He gets a little nervous after hearing this. Meanwhile, as soon as the pictures start playing on the projector, there is not a single photo of Akshay and Ruchika in it. In all the photos, Akshay is seen quite directly. Preeta gets shocked seeing this.

After seeing Akshay’s photos, everyone says that he has become even closer to Kritika. Here again, Preeta’s plan fails. Here, the only question in Preeta’s mind is when did these pictures change. Will Preeta be able to tell the reality of Akshay to everyone. Will Kritika and Akshay get married? It will be known only in the coming episodes.

In the last episode, you saw that Ruchika calls Akshay and tells him that Preeta will expose her. After which, Akshay calls a goon and asks Preeta to take those photos. While pursuing Preeta’s auto, that goon makes her car accident. In which Preeta faints.