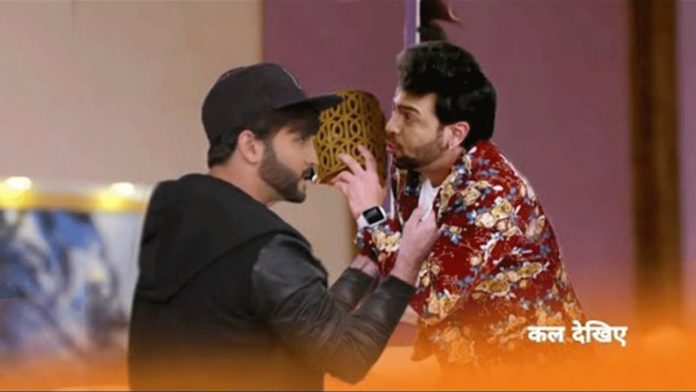 Kundali Bhagya has become quite interesting these days. Everyone in Luthra House is surprised by Kritika and Prithvi’s wedding. Preeta explains to Kritika that she is not a good person, but Kritika does not listen to her. Karan refuses to accept this marriage.

In the upcoming episode, it will be shown that Prithvi secretly goes to Sherlyn’s room and tries to kill her. Sherlyn says that she will tell her truth to everyone. Here Karan calls Rishabh and tells about Kritika’s marriage and asks her to come home soon. Rakhi tells Karan that she knows that she is very unhappy with this marriage.

Rakhi tells Karan not to do anything that makes her Kareena Bua feel bad. Karan says that Prithvi is a punk; how can he accept this marriage. The upcoming episode is going to be quite interesting. Does Sherlyn tell the truth of Prithvi to everyone in Luthra House? Does Kritika believe Preeta’s words? Only the upcoming episode will be able to tell.

In the last episode, you saw that Kritika tells everyone how she escapes from the goons and reaches a mass wedding venue. Goons also come there chasing both of them. Prithvi and Kritika do not see any way to escape from them. Both of them come as groom and bride in that mass wedding so that those goons do not recognize them.

Prithvi and Kritika get married in a round of escape from the goons, realizing this later. Karan refuses to accept this marriage. Preeta says that she is not a good person and she is a criminal. Kritika doesn’t believe him. Here Preeta thinks that if Prithvi has implicated Kritika in her talks, she will surely have some trouble. Preeta says that she will remain after finding it out.