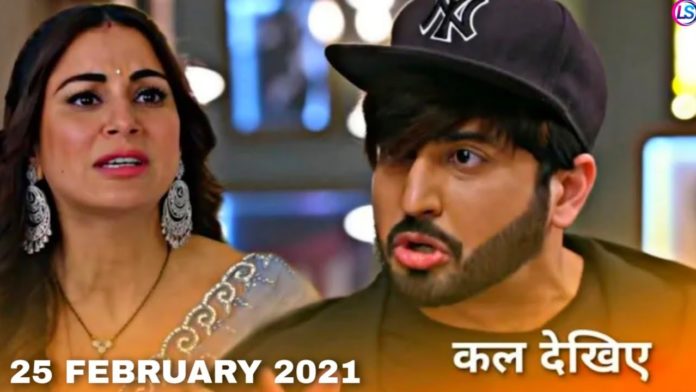 In Kundali Bhagya, viewers are getting a new twist. Karan is very angry with Kritika’s marriage. Prithvi has come to Luthra House under a new conspiracy. Here Sherlyn is absolutely shocked by this marriage.

In the Kundali Bhagya episode aired on 25th February 2021, Kritika will show everyone how she escapes from the goons and reaches a mass wedding venue. Goons also come there chasing them both. Prithvi and Kritika do not see any way to escape from them. Both of them come as groom and bride in that mass wedding so that those goons do not recognize them.

Prithvi and Kritika get married in a round of escape from the goons, realizing this later. Karan refuses to accept this marriage. Preeta says that she is not a good person and she is a criminal. Kritika doesn’t believe him. Here Preeta thinks that if Prithvi has implicated Kritika in her talks, she will surely have some trouble. Preeta says that she will remain after finding it out.

In the last episode, you saw that Sherlyn says that she will tell everyone that the father of a child in her stomach is Earth. After which, Mahira persuades him not to take any decision in anger. In the last episode, you saw that Kritika marries Prithvi. Karan is very angry with Kritika and asks her the reason for doing so. Kritika says that after Akshay, Prithvi held her hand.

Prithvi says that he has not come as a son-in-law of this house. Karan is furious. As well as family members. When Karan goes to raise her hand, Kritika stops her, saying that she is her husband. Karan says that after avoiding a thief, you got married to another thief.