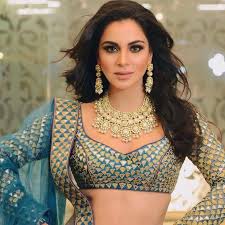 In the last episode, we saw how Preeta is under false charges of Attempt to Murder. Karan is in dilemma as to whom should he consider true. He is also worried about Preeta. Sherlin wants to make Maira understand as to how she should behave with her. Sarla is hell bent on saving Preeta from this mess as she walks towards the Luthra’s house.


In today’s episode, Karina mentions that Maira will be kept under observation. Ramona falls unconscious. She is being helped by others but she insists that she will stay here with Maira. Karan helps them by accompanying them till the car. Karina also asks Sherlin whether she wants to go back with them.

Preeta tells Srishti to call Karan and look into this matter as he will be able to handle the matter very well. The Luthra’s shall blame Sarla and he will be able to handle his family members. Janki mentions that everyone shall behave nicely with Sarla as Preeta has been very nice with their family. Srishti calls Karan but he doesn’t answer as he is entering Maira’s room. Maira tells him that she didn’t think that Karan shall come to visit her as she thought he might be angry on her. She tells him that she is in this current condition as she loves him and will keep loving him. Karan holds her hand as tells her that its good to see that she has a big heart. That is when Srishti again calls him but he doesn’t answer. Maira tells him to pick up the call but he assures her that he shall sort out things.

Srishti wonders why Karan isn’t picking up her calls. Janki wonders that maybe Karan doesn’t want to talk to them. Sristhi goes towards Preeta as Janki asks her what she shall tell her. Preeta with all excitement asks Srishti as to what Karan said. Srishti tells her that she tried calling Karan but he didn’t pick up her call. Later on, he called her and Srishti explained him everything. He said that he shall look into this matter as he is currently not in the city. Srishti acts as if something is in her eye and she and Janki go away from there.

Sarla is in auto going towards the Luthra’s. Bi jee calls her and asks about Preeta’s condition. Sarla tells her that she is going to Luthra’s house as the inspector hasn’t granted bail. If anyone from the Luthra’s shall take the case back, then Preeta shall be granted bail. Bi jee knows that this won’t happen so easily but she tells Sarla that at any cost Preeta should be free of all charges. Sarla tells her that she knows Maira has an evil mind back in the mall and hopes that the Luthra’s take back the case.

Srishti comes outside and starts crying. Janki holds her and tells her to stop crying. Srishti explains that she has lied to Preeta for the first time. She didn’t have the guts to tell her the truth. Preeta had hopes that Karan shall bail her out of this but he didn’t even pick up her calls. She doesn’t understand what to do and mentions that it is impossible to convince the Luthra’s to take the case back. Janki tells her to be strong for Preeta as she will go to Luthra’s house and convince them.

Sherlin gives Daadi the medicine packet. Rakhi scolds her for not opening the packet for Daadi. Daadi tells her that she can do it for herself. Sherlin apologizes to Rakhi for her mistake. Rakhi too apologizes and explains her that she was thinking about something and shouldn’t have scolded her. Karina mentions that a lot has happened recently, with Daadi falling and Maira’s accident. Rakhi mentions that she still cannot believe as to how Preeta pushed Maira in front of a truck. She also cannot believe as to how Preeta could think about taking someone’s life.

The show ends as someone rings the doorbell. Ramona mentions that it might be Maira as doctors might have given her discharge. She heads towards the door. Karina asks Rakhi as to why does she always favour Preeta so much. Daadi asks Ramona who is at the door. She answers that it is Sarla. Sarla greets everyone and says that she is here for a reason. Karina mentions that she had told everyone that she would never come to their house.