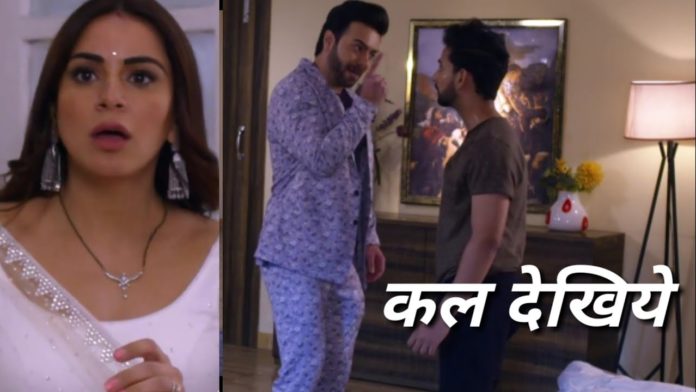 Preeta’s troubles do not seem to end in the serial Kundali Bhagya. Even after wishing she could not stop Kritika from marrying Prithvi. Kritika is not ready to listen to anyone. Here Akshay calls him and threatens to leak his private photos. Kritika gets scared due to this.

In Kundali Bhagya 23rd March 2021 episode, it will be shown that Preeta and Karan have a romantic talk in the kitchen, then Mahira listens to them. Karan sees Mahira and asks her what she was doing here. Mahira responded to him, saying that she was waiting for both of them to finish going to the kitchen.

After Karan leaves, Preeta tells Mahira that she will never separate the two as they both love each other a lot. Mahira says that Karan does not like her. She says Karan is staying with her as long as she is in the house. After he leaves, Kan will forget him.’

Mahira tells Preeta that Karan will leave her in three days and today is the first day of her ruin. Here, Sherlyn goes to Mahesh to inject poison, then the aunt sees her. After which, Sherlyn clarifies Rakhi and says that she cannot do anything like this, and she starts crying.

In the last episode, you saw that Preeta knows that Shubham lied at the behest of Prithvi. Preeta warns her that she will bring this whole kingdom in front of the family with a proof very soon. Prithvi gets very angry after listening to Preeta. Prithvi says if he stops her from becoming a son-in-law, he will do very badly.