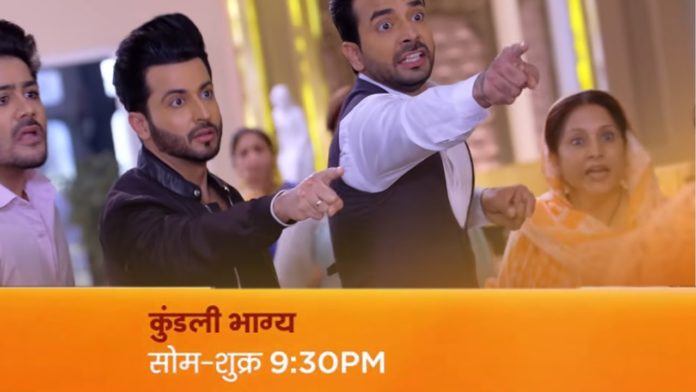 Kundali Bhagya has become quite exciting these days. Mahira is not at all happy with Preeta coming back to Luthra House. Kritika marries Prithvi. Seeing both of them together, the whole family is shocked. Karan is outraged.

In the Kundali Bhagya episode aired on 23rd February 2021, it will be shown that Kritika says that our marriage has been done for four days and the will of God does this marriage. She says that some goons caught her in Chandigarh. After which, Prithvi saved her life by playing on her life. After which both came close.

Kritika says what she hated helped me. The one I loved left me in the pavilion. Here Sherlyn gets very angry after hearing all these things and starts breaking into her room. Mahira handles him. Sherlyn thinks that she will tell the whole family what the relationship between her and Earth is.

Sherlyn says that she will tell everyone that the father of her child is Prithvi. After which, Mahira persuades him not to take any decision in anger. In the last episode, you saw that Kritika marries Prithvi. Karan is very angry with Kritika and asks her the reason for doing so. Kritika says that after Akshay, Prithvi held her hand.

Prithvi says that he has not come as a son-in-law of this house. Karan is furious. As well as family members. When Karan goes to raise her hand, Kritika stops her, saying that he is her husband. Karan says that after avoiding a thief, you got married to another thief.