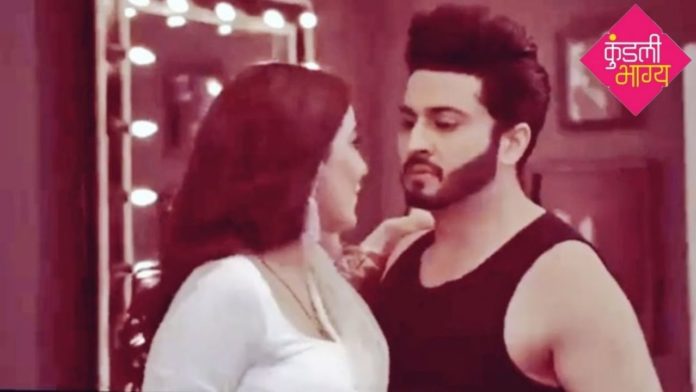 In the serial Kundali Bhagya these days, viewers are getting to see tremendous drama. Preetha does not stop Kritika’s engagement even after wanting it. Kritika believes everything in Prithvi. Here Shubham lies the most in Luthra House and saves Prithvi.

In the upcoming episodes, it will be shown that Kareena explains to Bua Kritika that Prithvi is not trustworthy. But she does not even listen to one of her mother’s words. Kritika tells him to support Prithvi and also not to stop the marriage. Kareena agrees with her daughter as she loves him very much.

Preeta knows that Shubham lied at the behest of Prithvi. Preeta warns her that she will bring this whole kingdom in front of the family with a proof very soon. Prithvi gets very angry after listening to Preeta. Prithvi says if he stops her from becoming a son-in-law, he will do very badly.

Here Akshay calls and blackmails Kritika and says she needs 20 lakh rupees. If he refuses to give the money, then he will leak his private photos. Kritika gets nervous after hearing this, and she does not understand what to do. Akshay also tells him that if he does not give them money, he will send his pictures to Prithvi.

In the last episode, you saw that Karan comes to Luthra House with Shubham. Shubham tells everyone that Prithvi was sitting in the wedding pavilion only to save him. Karan gets very angry after hearing this. Hearing all this, Prithvi tells Preeta that she has proved her truth in front of everyone.