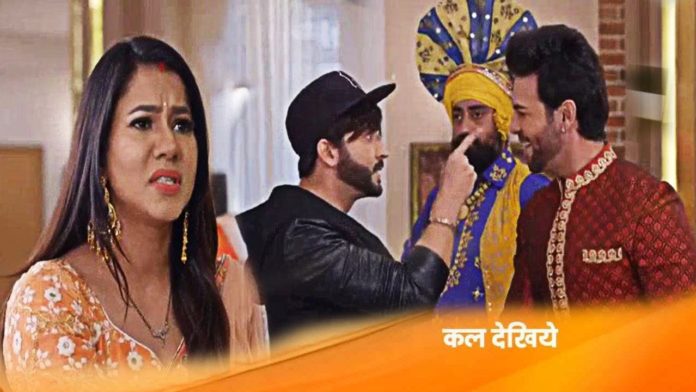 In Kundali Bhagya, the audience is getting to see the full-on drama. Karan brings Preeta to Luthra House. Karan promises Sarla that he will always believe him. Kareena is not at all happy to see Preeta. Mahira, too, gets shocked seeing Preeta. He felt that he was not going to bring back Preeta.

The upcoming episode of Kundali Bhagya, airing on 22nd February 2021, will show that Kritika marries Prithvi. When both Luthra families come, everyone is shocked to see them. The ground slips under the feet of everyone. Karan is very angry with Kritika and asks her the reason for doing so. Kritika says that after Akshay, Prithvi held her hand.

Prithvi says that he has not come as a son-in-law of this house. Karan is furious. As well as family members. When Karan goes to raise her hand, Kritika stops her, saying that she is her husband. Karan says that after avoiding a thief, you got married to another thief. Kareena is unable to say anything because of their aunt’s shock. Here Preeta is also shocked to see him.

In the last episode, you saw that Prithvi tells Preeta that he will not allow Karan to come between them. Prithvi says that he loves her very much and is coming to Luthra House to meet her on Valentine’s Day. Preeta gets nervous after hearing this. Prithvi says that he should be ready because he will take the band, Baja, procession.

Here Karan calls Preeta to talk about her heart, but her phone comes busy. Preeta tells the whole thing to the world. Srishti explains to him that nothing like this is going to happen. He is just saying this to scare her. Karan does not feel like Preeta in the office. He leaves his job and goes home to meet her.