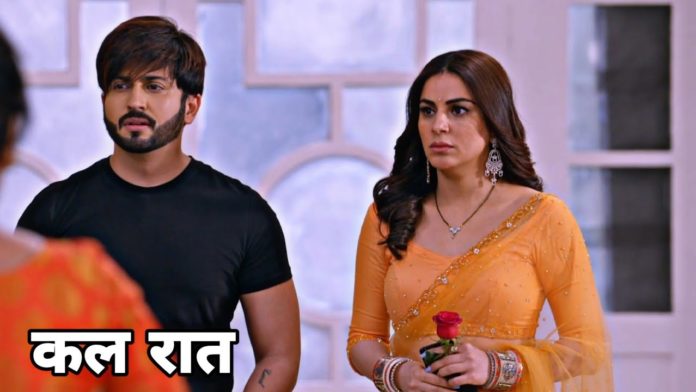 In Kundali Bhagya, the audience is getting to see the full-on drama. Preeta is at her mother’s house. Meanwhile, Preeta misses Karan a lot. Karan comes to meet Preeta on Valentine’s Day. Preeta becomes very happy to see her. The same family thinks that the thief has come into Preeta’s room, but then the thief’s secret opens in front of Sarla.

In the upcoming episode, it will be shown that Sarala tells Karan that she will come to Luthra’s house in the morning with Preeta. Everyone feels that Karan has gone from there to his house, but he hides again and goes to Preeta’s room. Here Preeta and Karan are talking; only then she shouts after seeing the lizard. Karan tries to silence her.

Upon hearing Preeta’s voice, Sarla and Janaki feel that this time a thief has really come into Preeta’s room. Everyone goes to his room when Karan hides behind the door. Preeta and Srishti try hard to hide her, but Janaki’s eye falls on her. Janaki does not tell Sarla anything. The next morning Karan comes to pick up Preeta.

Karan brings Preeta to Luthra House. Seeing her, Kareena is very angry and says that your sister’s marriage got broken because of this. Still, you came to Luthra House with Preeta. Karan says that he has promised Preeta’s mother that he will always support her. He takes Preeta’s hand and takes her to her room. Mahira is quite surprised to see Preeta. Now it will be interesting to see whether Mahira makes a new plan to bother Preeta.

In the last episode, you saw that Sarla requests Karan to leave the house. Karan requests Sarla to allow Preeta to go to Luthra House with him. Karan promises Sarla that he will always stand with Preeta as she trusts him. Karan asks Sarla permission for Preeta to go with him.