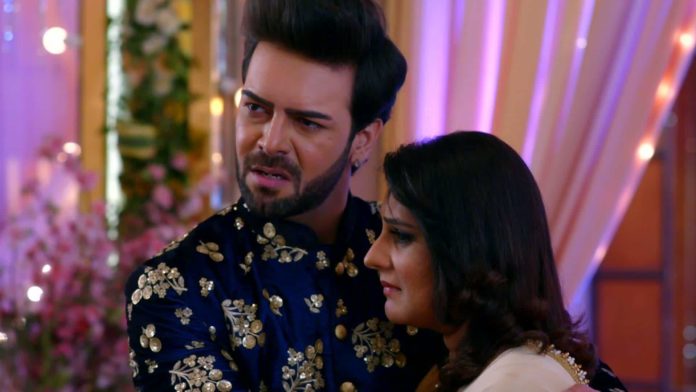 Prithvi and Kritika’s wedding track is going on in the serial Kundali Bhagya. Sherlyn meets Prithvi and tells him that she needs to be careful with Preeta. Here, Preeta shows Prithvi’s first marriage to Kareena Bua, which shows them that she is already married and is cheating on Kritika. Preeta tells him to stop the marriage somehow or else his daughter’s life will be ruined.

Meanwhile, Prithvi and Sherlyn meet. She tells him about the dangerous situation. Mahira, who watches them from a distance, thinks about how she can save things from coming to an end. She notices Kritika; she is seen hugging Prithvi and Sherlyn. Here, Kareena, Karan, and Preeta decide to move forward. Srishti tells Mahira that the truth of the Prithvi has been revealed in front of Kareena.

Kareena calls Kritika down. Everyone gathers below. Kareena tells Prithvi about her truth. However, Prithvi tries to present cleanliness. Kritika questions him as to why she is hugging Sherlyn. But despite all this, Kritika says that she trusts Prithvi completely. The situation changes completely.

Karan asks Sameer to bring the projector. Kritika weeps and declares that whatever is happening is not acceptable for her. She further says that everyone should respect Prithvi, who is her husband. Preetha, after watching the whole thing silently, finally speaks. She says that you should do what you want to do to Kritika, but you will be the second wife, not the first of Prithvi.

In the last episode, you saw that Sherlyn knows that Preeta has any evidence against Prithvi. With this help, Preeta will stop her and Kritika’s engagement, so she quickly completes the engagement ceremony. She gets nervous after hearing these things. Here Kareena gets shocked after seeing the photos. They come to know that Prithvi is already married.