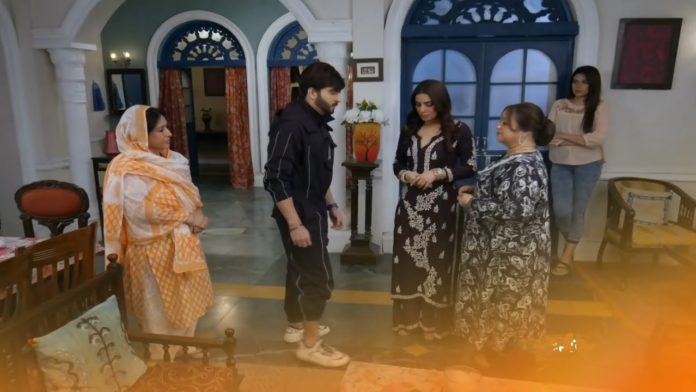 In Kundali Bhagya, the audience is getting to see the high voltage drama. Preeta is asleep when Karan comes to meet her at midnight. But Sarla and Janaki feel that a thief has entered their house. In this same misunderstanding, everyone goes to Preeta’s room to find that thief.

It will be shown that Sherlyn waits for Prithvi’s phone in the upcoming episodes, but he does not call her. She gets outraged on this matter. Then Mahira comes and tells him that Karan has gone to Preeta’s house, and he was furious. Here Sarla comes to know that Karan was at his home and he cannot be a thief.

Sarla is shocked to see Karan at her house. Preeta tells her, whatever you want to say, now tell in front of mother. Sarla says that Preeta has a smile on her face. Karan promises Sarla that he will not be in that house again with Preeta. He also says that he has complete faith in Preeta.

In the last episode, you saw that Mahir is happy to see Karan alone and says that he will make some unique plans for Valentine’s. Here, when Preeta sleeps in the night, Karan comes to meet her silently. Preeta first starts killing her as a thief. Then when she learns that she is Karan, she hugs him.