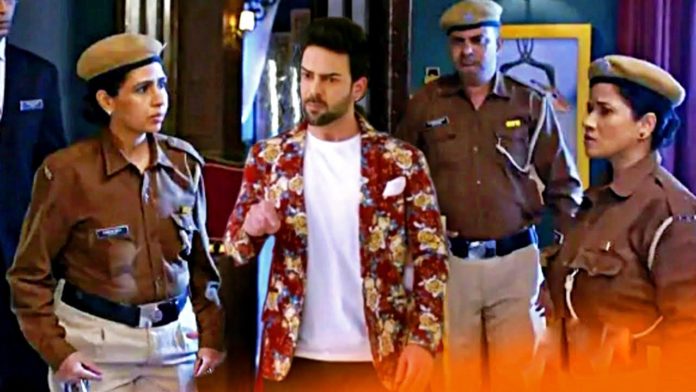 The serial Kundali Bhagya has become quite interesting these days. Srishti and Sameer go to her house to find any evidence against the Prithvi. Kareena sees Bua hugging Sherlyn and Prithvi and gets angry with this. Sherlyn tells Kareena a false story, but she does not like it.

In the upcoming episodes, it will be shown that Sherlyn comes to know that Preeta has any evidence against Prithvi. With this help, Preeta will stop her and Kritika’s engagement, so she quickly completes the engagement ceremony. She gets nervous after hearing these things.

To stop Preeta, Sherlyn goes and thinks that she will beat her with something and make her unconscious not to stop this engagement. After which, she starts chasing Preeta with a flower vase. Srishti stops him from doing so and beats him, and makes him unconscious.

Srishti locks him in a room and tells her that she has come to know that she has been married to Prithvi long ago. This evidence has gone to show the family of Preeta. Preeta stops Kritika to engage with Prithvi and takes Kareena to a room to show her the photos.

In the last episode, Kareena gets very angry after seeing them both and calls Rishabh. At this point, Prithvi picks up the knife and thinks that he will kill it. But Sherlyn stops him. Sherlyn tells Kareena a false story, but she does not like it. After which, Prithvi makes many false promises regarding Kritika.