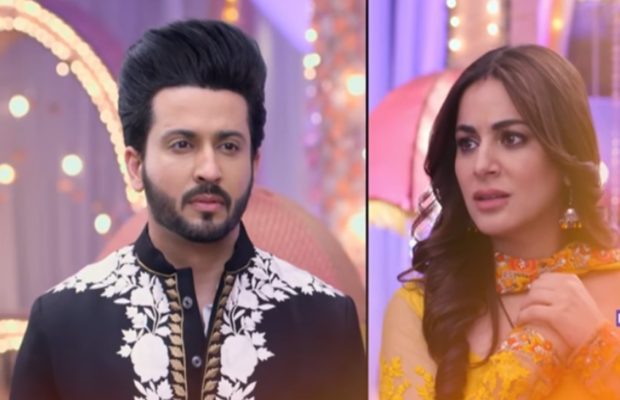 In Last few episodes we saw how the robbers had captured the Kundali Bhagya hall and how the family members got united and saved themselves and the hall. There have been many interesting storylines that have creeped up. There is tension between Preeta and Karan’s family. They both have developed feelings for each other.


Rakhi on the other hand wants to give Preeta the status that she deserves. She somewhere wants to make Preeta a part of her family. Preeta is currently the physiotherapist of Daadi. Karina doesn’t want Preeta to be a part of this house. Now, the plot becomes interesting as it will be challenging for Preeta, if she wants to be Karan’s wife as Maira is soon to be his wife. Maira doesn’t want Preeta in Karan’s life at all.

Karan wants Preeta badly in his life. He shall do whatever it takes. Apart from Hatred in the show, this romantic angle will make the viewers interested. Let’s see how Karan manages to bring Preeta in his life as her mother Sarla doesn’t has good equations with the Luthra’s.

Sherlin got angry and frustrated when Rakhi scolded her. She called up Prithvi to vent out her frustration. Prithvi assured her that he shall help her in all ways. But is Prithvi gonna help Sherlin out? Prithvi was seen running away from Sherlin during the robber saga. He treats her as an annoying character in his life. Will he help her out or will he show his true colours?

We might see even more twists and turns. The show shall revolve around the above storyline for some-time. There will be more twists and turn arounds. Watch Kundali Bhagya every Monday to Friday at 9:30pm on Zee TV. You can also catch up all the episodes collectively on Zee5 app.