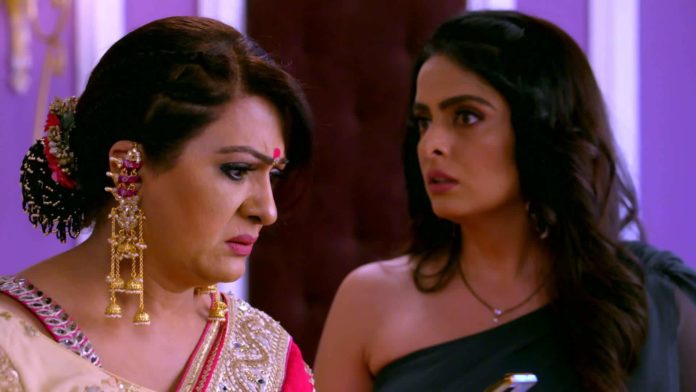 In the serial Kundali Bhagya, viewers are getting to see tremendous drama. Preparations for Kritika and Prithvi’s wedding are going on at Luthra House. Mahira provokes Kareena saying that Preeta is not taking good care of the guests. Here, Srishti and Sameer go to her house to find evidence against Prithvi.

In the upcoming episode, it will be shown that Prithvi tells Sherlyn that Srishti is searching for evidence against him. On this, Sherlyn says that if this happens, she will be pushed out of Luthra House. Sherlyn explains to him and hugs him. Kareena sees all this aunt.

Kareena gets very angry after seeing them both and calls Rishabh. At this point, Prithvi picks up the knife and thinks that he will kill it. But Sherlyn stops him. Sherlyn tells Kareena a false story but she does not like it. After which Prithvi makes many false promises regarding Kritika.

In the last episode, you saw that Preeta convinces Rishabh and Karan to dance for Kritika. Suresh, Pammi, and Rakhi advise the three Kareena to trust Preeta as she is a good girl and she does not doubt anyone unnecessarily. Prithvi tries to mislead Shubham and Kritika’s conversation.

Srishti and Sameer arrive at Prithvi’s apartment to find out her truth. Kritika has completely trapped Prithvi in ​​her talks. Now he is not ready to hear a word against her. Rishabh has agreed to her relationship, but Karan is still unhappy with this marriage. Here Mahira is trying to be good. Mahira is repeatedly trying to get close to Karan.