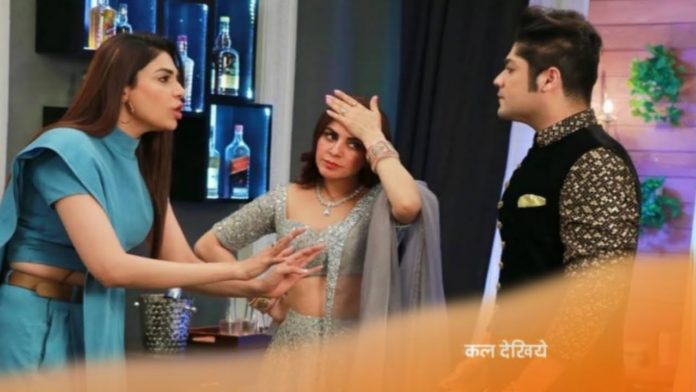 A big twist is coming in the 10th March 2021 episode of the serial ‘Kundali Bhagya.’ Kritika and Prithvi’s wedding track is going on in the show. Preeta knows the truth about Prithvi, but she is unable to speak due to fear of Kareena Bua. Preeta saw Sherlyn and Prithvi in ​​the room together, but she could not prove it. On the other hand, Srishti has reached Prithvi’s house to gather evidence.

Kritika has implicated Prithvi completely in her talks. Now he is not ready to hear a word against her. Rishabh has agreed to her relationship, but Karan is still unhappy with this marriage. Here Mahira is trying to be good. Mahira is repeatedly trying to get close to Karan. After seeing Mahira and Preeta, Karan hugs her, seeing which Preeta breaks down completely.

On the other hand, Rishabh flares upon Prithvi in the party. At the party, Rishabh sees that Kritika is crying because of Prithvi. Rishabh loses his cool after seeing Kritika’s tears. After which, Rishabh beats Prithvi with his belt. Simultaneously, in the upcoming episode, Mahira will again play a big bet against Preeta.

In the upcoming episode, Mahira will go to Kareena after meeting Karan. Mahira knows very well that Kareena Bua does not like Preeta at all. Mahira will once again provoke Kareena against Preeta. Kareena is again going to tell Preeta fiercely. But Pammi and Suresh will support Preeta. Now it will be interesting to see what is going to happen in the upcoming episodes.

In the last episode, you saw that Rishabh locks Prithvi in a room. Rishabh asks her what role she plays in her father’s accident. Prithvi says that he did not do anything like this, and he cannot even think of doing so. Rishabh gets very angry after hearing this.