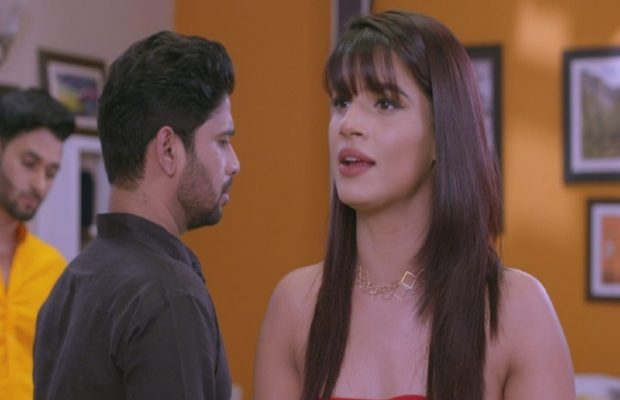 After Abhi and Pragya in Kumkum Bhagya , viewers will get to see the love angle between Prachi and Ranbir. Ranbir is completely fascinated with Prachi, but his path of love is not going to be so easy. Actually, Riya has made full plans to discredit Prachi. In the upcoming episode of Kumkum Bhagya, Riya tells Sanju that she needs to create Prachi’s MMS.

Riya says that he will create Prachi’s MMM and spread it to others and publicly embarrass Prachi. At the same time, Ranbir is trying to convince Prachi in the room saying that he is not joking. Ranbir says that what he said is serious for him. Ranbir says that he came home with his family to finalize everything. But Prachi is not able to trust Ranbir’s words somewhere.

Now in today’s episode it is going to be interesting whether Prachi will be able to understand that Ranbir loves her and whether Riya will be able to succeed in her motive to discredit Prachi. In the last episode of Kumkum Bhagya, it was shown that Pragya welcomes Ranbir to the house. Pragya realizes that Ranbir wants to propose Prachi.

Ranbir asks Aryan to find out from Shahana whether she knows about Ranbir and Prachi. Shahana says that everyone in the house knows about them. Aryan feels that Ranbir proposed Prachi. Ranbir decides to ask Prachi what he said to Ranbir. Prachi says that she has said yes to him. However, Ranbir does not know that Prachi says yes to bring a file to work, which she asked for yesterday.