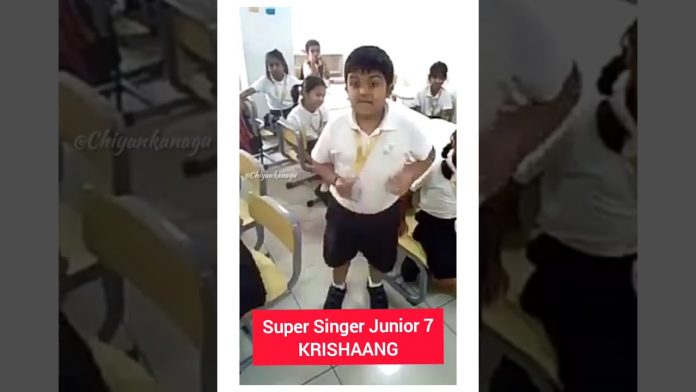 Super Singer Junior season 7 has started and the kids are performing really well. One of the contestants Krishaang has gone viral with his previous performances and singing videos is seen performing Ennodu Nee Irundhaal on Saturday 14th March 2020 episode. He sang this song with such conviction that judges like Shankar Mahadevan were amazed by his performance. At the end of this song Krishaang is seen getting standing ovation from the judges for his performance. He truly appears to be a child prodigy and he is one of the contestants to look out for in Super Singer Junior season 7.