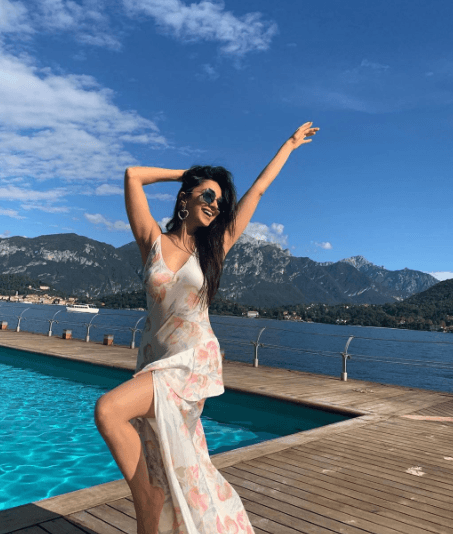 Actress Kiara Advani, who made her own identity with Shahid Kapoor in the blockbuster film Kabir Singh, has now become one of Bollywood’s most loved actresses. Kiara Advani has appeared in many films before, but after her brilliant and lively performance in Kabir Singh, she has made a special place for herself in the hearts of the audience. Be it B Town or social media, Kiara has become a bright star everywhere. Yes, Kiara Advani is also increasing her number of fan following on social media.


She often shares her hot and sexy photos and videos with her fans. Recently, Kiara Advani has shared some of her sexy photos on her Instagram. In the photos, Kiara Advani is seen posing with a very beautiful style. Also Kiara Advani’s beautiful and heart-touching smile has made all the fans crazy. There have been many likes and comments on the shared photos so far. Fans are praising him and his beautiful smile.
https://www.instagram.com/p/B28eJ7NHldn/
https://www.instagram.com/p/B254HyznfPX/
This is not the first time that Kiara Advani has shared such hot and sexy photos on her social media. Even before this, she has shared her bold photos many times. Kiara Advani has more than 7 million fans on social media, whose number is increasing day by day. Kiara Advani is known not only for her hotness or boldness but also for her brilliant performance. She has also given many bold scenes.