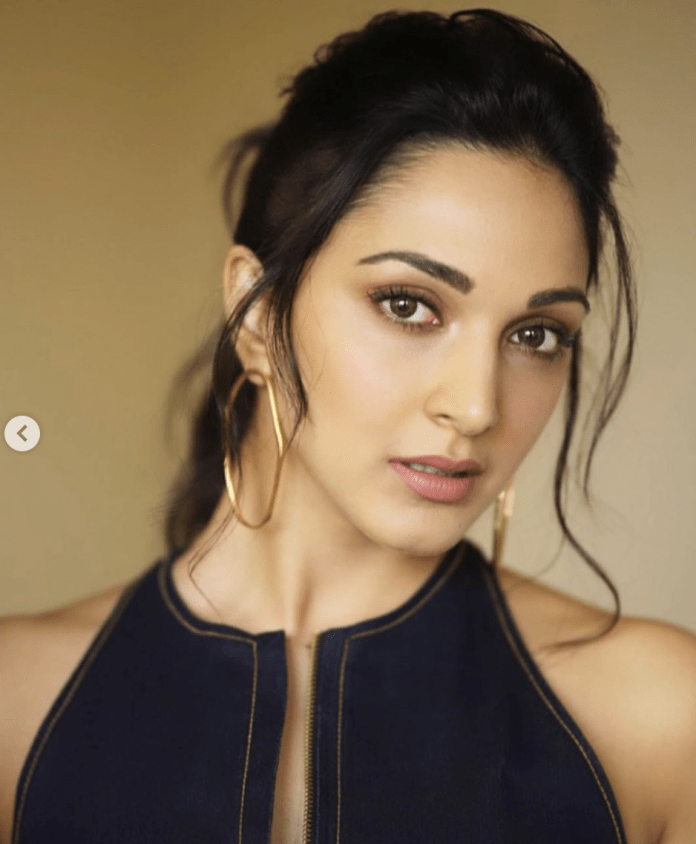 Kiara Advani is one of the hottest heroine these days, thanks to the success of Kabir Singh she is one of the most sought out heroine of Bollywood. She will be seen with Akshay Kumar in Good Newwz which will be releasing on 27th December 2019. Recently Kiara Advani did a photoshoot in a Denim Jumpsuit and it’s going viral on social media. The highlight of the Jumpsuit is the belt which was very long and this transformation of Kiara into a modern outfit is well received by her fans. The denim jumpsuit has a flared bottom and front cut out. Kiara completed the look with a long detailed belt and the belt is longer than a snake!

Kiara Advani’s fans are loving her latest photos and are liking and sharing it. Infact her photo has received 540,000 likes in one hour and thousands of comments. Kiara Advani will play heroine in Vijay Devarkonda’s Fighter to be directed by Puri Jagannath in Telugu. On Bollywood front, the actress has a variety of films lined up. She will be seen in Laxxmi Bomb with Akshay Kumar, Bhool Bhulaiayaa 2 with Kartik Aaryan, Shershaah with Sidharth Malhotra, Indoo Ki Jawani with Aditya Seal, and an untitled film with Varun Dhawan and Bhumi Pednekar. Here are her photos