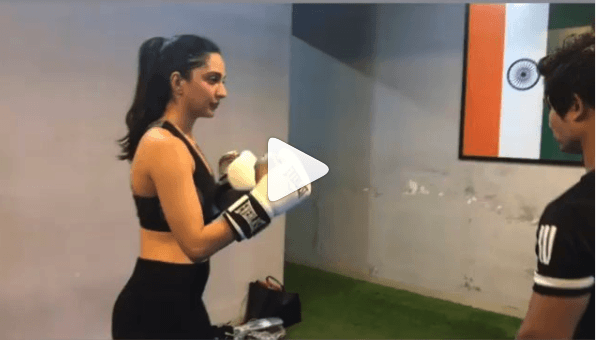 Bollywood actress Kiara Advani has reached the limelight after Kabir Singh, Shahid Kapoor and Kiara’s popularity increased to a great extent after this. After this, Kiara is working in Akshay Kumar’s film Lakshmi Bomb. She is currently busy shooting for this film. Apart from shooting, Kiara is a fitness freak. Meanwhile, she has shared the video on Instagram, in which she is seen boxing. In this video, we can see Kiara’s boxing skills. This video is going viral on social media


We often see Disha Patani posting such videos on Instagram. Disha often keeps posting several videos of boxing to stunts. It seems that Kiara has become quite inspired from the direction and has started boxing. By the way, Kiara is working very hard, in the video, Kiara is looking very sexy in black outfits. This video is being well liked on social media. Fans of Kiara are highly praising her and there are thousands of comments.

Talking about work, Disha Patani has recently been busy with Mohit Suri starring Aditya Roy Kapoor, Anil Kapoor and Kunal Kemu in Malang. Kiara will next be seen alongside Kareena Kapoor Khan, Diljit Dosanjh and Akshay Kumar. Apart from this, Kiara Advani has been in lime light for her relationship with Siddharth Malhotra, but both have always said that they are good friends. Vote below to choose who boxes well Disha Patani or Kiara Advani?