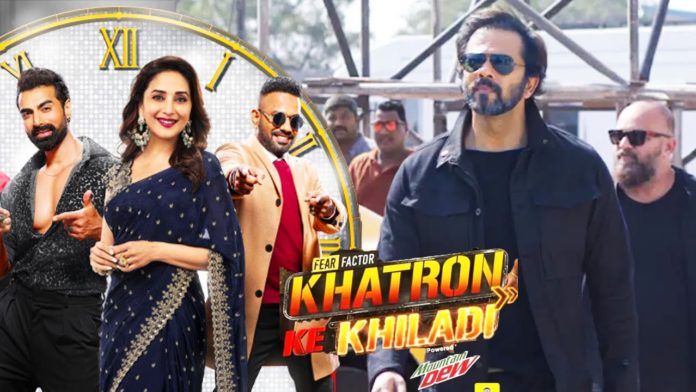 Madhuri Dixit’s Dance Deewane 3 made its strong debut on the TRP chart, but after the explosion of Corona on the set of this dancing reality show, it seems as if the show has taken a backseat. Rohit Shetty’s ‘Khatron Ke Khiladi 11’ will replace Madhuri Dixit’s ‘Dance Deewane 3’, know when the new show will start.

The shooting of Khatron Ke Khiladi Season 11 has started in Cape Town, South Africa. This popular celebrity adventure-reality show has been in the news since the announcement. Now the date of the show’s on-air has also been fixed. This show of Rohit Shetty is going to air on 24 July 2021. So on July 18, the grand finale of Dance Deewane 3 will be presented in front of the audience.

Madhuri Dixit’s Dance Deewane made a strong debut on the TRP chart, but after the explosion of Corona on the set of this dancing reality show, it was as if the show got unnoticed. Compared to the super dancer show, which started with this, Dance Deewane has been left far behind in this race. But now, after Madhuri Dixit’s re-entry, the makers hope that the lost TRP of this show will return. The finale of Dance Deewane 3 is planned for Sunday 18th July 2021.

Talking about Rohit Shetty’s KKK11, the celebrity contestants have reached South Africa to show their courage and passion. Fans are eagerly waiting to see their favorite celebrities doing daredevil stunts. All the show contestants are seen active on social media posting various photos and videos from Cape Town. Seeing this, viewers are becoming even more excited to see the reality show.