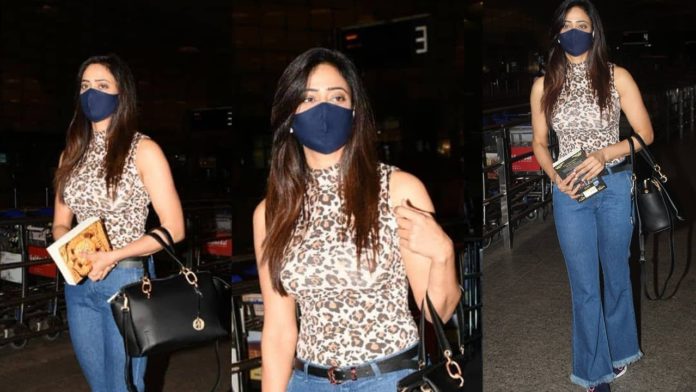 These days the reality show on social media is quite buzzing about Khatron Ke Khiladi 11. Preparations for this show with Rohit Shetty have started and its contestants left for Cape Town for shooting. The name of Shweta Tiwari is also included in this list. Yes, Shweta is going to be part of this seasosn. She was finalized after actress Sanaya Irani left the show.

Actually, actress Sanaya was about to participate in Khatron Ke Khiladi 11, but she refused at the last moment. After which Shweta Tiwari was finalized in her place. According to the report of Indian Express, the makers of the show approached her first to take part in the show, but that did not happen then. But after Sanaya left the show, she was talked to again, for which she agreed.

At the same time, everyone was shocked to see Shweta Tiwari at the airport. Many of her pictures went viral on social media. She looked gorgeous in body fit top and blue jeans. She carried a black mask and a handbag of the same color. She was making a lot of effort in open hair. A book also appeared in his hand. At the same time, the fans are very excited to see them doing dangerous stunts.


Significantly, Shweta is quite famous on the small screen with the name of ‘Prerna’. These days she is appreciated about her transformation. The actress is taking great care of her fitness and she has lost 10 kg weight. She is constantly sharing her pictures on social media.