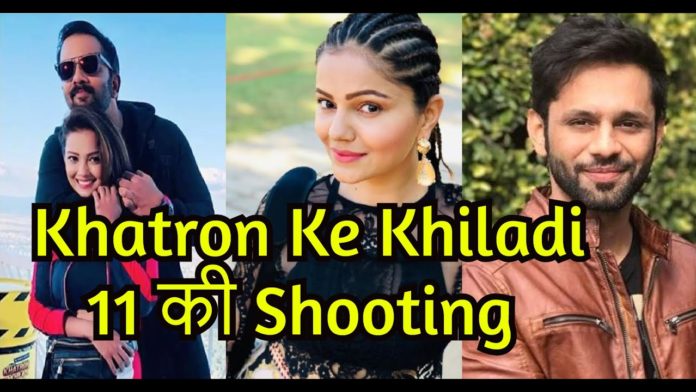 Bigg Boss fame Rahul Vaidya continues to be in the limelight these days. These days he is spending time with his family and girlfriend, Disha Parmar. After getting free time from a reality show, he got an offer for another big reality show. The makers of Khatron Ke Khiladi 11 have approached him for season 11.

According to a report by Zoom TV Entertainment, a source close to Rahul revealed this. He says that Rahul Vaidya has been proposed to take part as a contender in the player of dangers. However, whether or not Rahul will do this show depends on him. By the way, fans want to see Rahul again on the TV screen. In Bigg Boss’ house, we saw Rahul strategizing. Now they want to see them doing stunts. However, no official announcement has been made by Rahul about this yet.

Many famous stars have been approached to make Khatron Ke Khiladi Season 11 a blast. Among them, Bigg Boss 14 fame Nikki Tamboli, Thorn Laga Girl Shefali Jariwala, Ejaz Khan, Arjun Bijlani and Rubani Dilaiq etc. have been contacted. Like all times, this time, too, the show will be hosted by Rohit Shetty. According to the reports, the show’s shooting can start in April or May and will be on air in June. This reality show will run for 3 months. Every time the show was shot abroad, but due to Kovid, the makers are still a little confused about the place.

After winning the hearts of Bigg Boss 14, Rahul Vaidya is spending quality time with his girlfriend, Disha Parmar at this time. The two had recently gone to their friend Megha’s wedding, where they stole the stage with music. In Megha’s music, Rahul and Disha have danced to the song ‘Tum Milke Dil Ka Hai Hall’ from Shah Rukh Khan’s film Main Hoon Na. Both look gorgeous in the video. While Disha wore a pretty pink lehenga in pink, Rahul wore black pants with a pristine blazer.