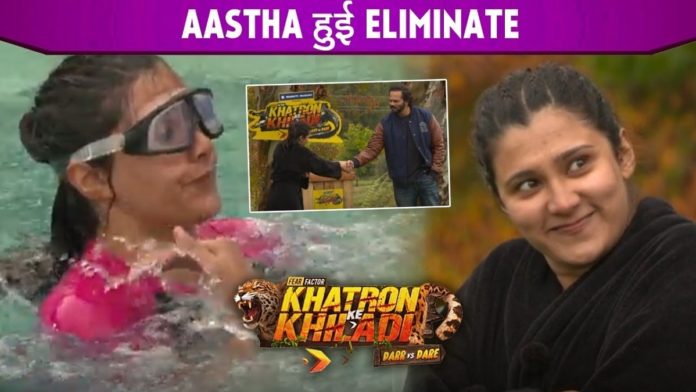 The elimination stunt this week will decide the third elimination of Khatron Ke Khiladi 11. Aastha Gill was the last contestant to be eliminated. Though it was a disappointing elimination, this week’s fear fanda owners will get a shot at redeeming their KKK11 journey.

In the second stunt, Abhinav/Niki, Mahek/Varun, and Divyanka/Arjun performed the stunt. The partner stunt involved a suspended platform. The flags will have shock and the last two contestants will get the fear fanda. Abhinav and Nikki put a dismal performance with just one flag while Divyanka and Arjun captured the most number of flags. As a result, Abhinav/Nikki and Mahek/Varun received the fear fanda.

The third task involved the coffin lock task which was fought by Shweta and Sana. The contestant with the least time to open all locks was Sana and as a result, Shwetha received the fear fanda.