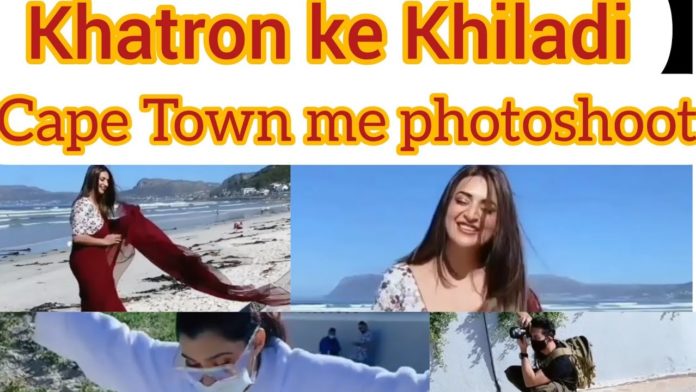 Fans are very excited about Rohit Shetty’s show ‘Khatron Ke Khiladi 11’. All contestants have reached Cape Town to shoot the show. During this time, the contestants are having a lot of fun and posting their pictures and videos on social media. Meanwhile, the pictures of TV actress Divyanka Tripathi are attracting the attention of the fans. In these pictures, she is seen wearing a sari at the seashore.

Divyanka Tripathi has posted some of her photos on Instagram, in which she is seen wearing a red wine color saree. She is seen doing a photoshoot in a seashore saree. After sharing this, the actress wrote in the caption, Sooraj Mudham. The actress is wearing goggles and is looking very beautiful. Her hair waving in the air is making him very beautiful.

The most interesting thing was that when Aastha Gill and Sana Maqbool are posing in bikini on the beach, Divyanka is looking very beautiful in a sari. The fans like his style, and his fans are making a lot of comments on their pictures. Commenting on the actress’s husband, Vivek Dahiya wrote, ‘The husband sitting far away started burning.’

At the same time, a video is also going viral on social media, which Viral Bhayani has shared on his Instagram. Divyanka, Aastha Gill, and Sana Maqbool are seen in the video. Looking at Divyanka’s look, Aastha Shahrukh Khan’s song ‘Sooraj Hua Madham’ seems to be a song. On this, the actress is seen giving an adorable expression.