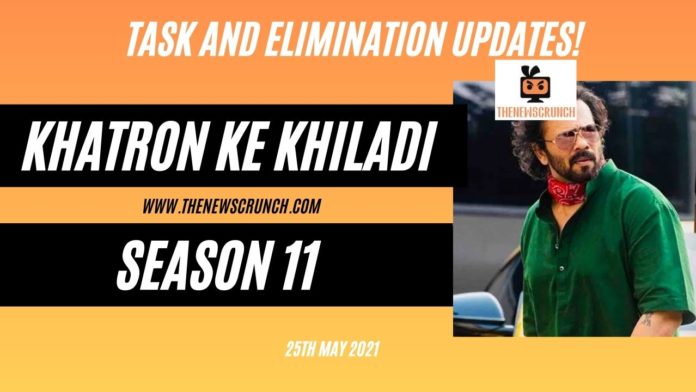 Two male contestants nd a female contestant will perform the helicopter stunt this weekend. There will be another stunt which will involve creepy insects like cockroaches, snakes and scorpions. This stunt is similar to the ones performed in the earlier seasons. It will feature three female contestants.

The highlight of this weekend will be the partner stunt this weekend. The following contestants will perform against each other:

The stunt the electric lock and key and after collecting the key, they had to drive the car to the finish line. According to reports, every contestant was present in the upcoming episode’s task. As a result, Vishal was also present after entering as a wildcard entry. Hence, no official elimination took place in Khatron Ke Khiladi 11 so far.

The fight to get saved from getting the ‘Fear Fanda’ took prime importance this week. The following contestants held the Fear Fanda at the beginning of the episode:

Vishal Aditya Singh was eliminated last week. However, he returned back as a wildcard entry. There are rumors about Nikki’s elimination which is unlikely. One of the four Fear Fanda contestants will be eliminated this weekend.

Khatron Ke Khiladi 11 Elimination: Vishal Aditya Singh is the first contestant to get eliminated from KKK11