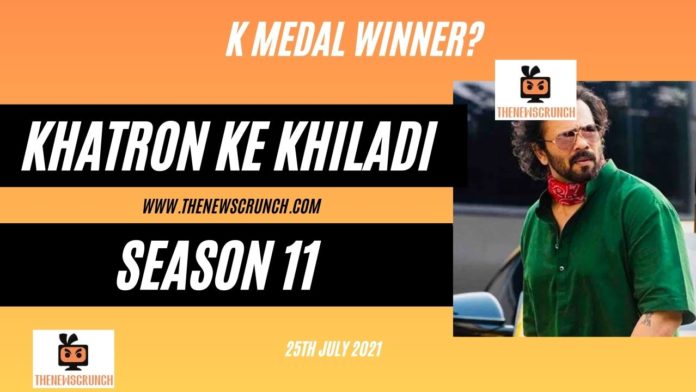 The host of Khatron Ke Khiladi season 11, Rohit Shetty reveals the ultimate advantage of the ‘K Medal’. The ‘K Medal’ winner will get a chance to skip any stunts including the elimination stunts next week. However, the ‘K Medal’ can be redeemed only once by the winner.

& he won 2nd Stunt🔥 in 1:53sec, he got K medal 😍. His Performance is just Amazing. You Kill it Man 🔥💪 #KKK11#ArjunBijlani / @Thearjunbijlani pic.twitter.com/hu4k6fVJ2J

The four locket winners will perform the K Medal stunt to earn immunity in next week’s stunt. Khatron Ke Khiladi Season 11 will be an intense battle of all sorts but the K Medal will be crucial against elimination next week.