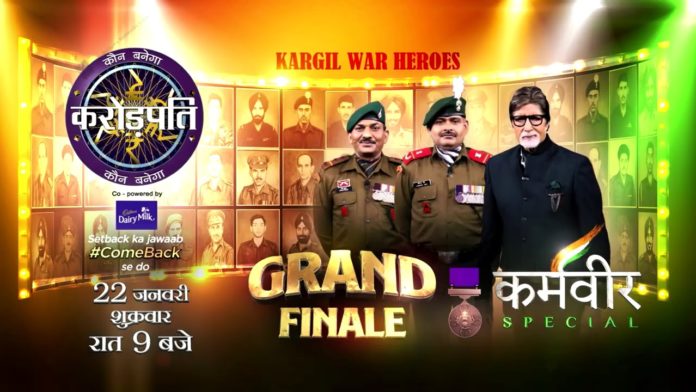 The grand finale of Kaun Banega Crorepati 12, aired on Sony TV today, is on January 22. The ending will feature Kargil Hero and Paramveer Chakra winner Subedar Major Yogendra Singh Yadav and Subedar Sanjay Singh. Along with this, the show’s millionaire women of this season will also be a part of the show. The first millionaire of the show was Nazia Naseem, who hails from Ranchi (Jharkhand). Apart from these, IPS Mohita Sharma, Anupa Das, and Neha Shah Finale will appear in the episode.

Nazia Naseem: The first ‘millionaire’ of KBC season 12, Nazia Naseem is from Ranchi (Jharkhand). In 2004, she moved to Delhi for PG Diploma in Advertising and PR at Famous Indian Institute of Mass Communication. She currently works as a communication manager in Delhi. He also has a 10-year-old son. She credits her participation in KBC to her mother. His mother is a big fan of show host Amitabh Bachchan.

Mohita Sharma: Mohita is a 31-year-old IPS officer of the 2017 batch from Manipur. Mohita hailing from Kangra in Himachal Pradesh, was born in Delhi. After five years of continuous civil service examinations after graduation, he got success in 2016. He was initially appointed to India’s Election Commission, but gradually he again took over as Assistant Superintendent of Police. It is a coincidence for Mohita to come to KBC. Her husband, civil servant Rushal Garg dreamed of coming to KBC, but Mohita got this chance, and
she reached the hot seat of KBC.

Anupa Das: Anupa is a resident of Jagdalpur in Bastar, Chhattisgarh. Coming to KBC was his dream and his need too. A teacher by profession, 42-year-old Anupa 2019, was shocked when her mother was diagnosed with stage 3 cancer. He was brought to Mumbai from Chhattisgarh, which presented new challenges for the family every day. He had told Amitabh Bachchan that he would treat his mother with the money won during the show.

Neha Sharma: Neha is a doctor by profession. As a frontier warrior in the fight against the Corona epidemic, Neha worked in both government and private clinics to treat all types of patients. Neha, 45, lives in Mumbai. Her 88-year-old father still visits her clinic, and it was her passion to see her daughter carry on her legacy. It was Neha’s dream to sit on the KBC hot seat. She wants to open her clinic – a mini-hospital-like setup – without a loan.