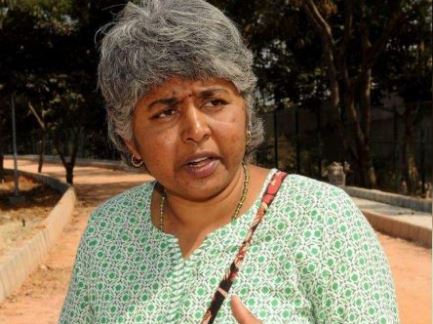 Kavitha Reddy is a congress member from Karnataka. She is a social activist and she comes from a family of social-political activists with a very modest background. She lends her voice and support for campaigns on Environment, Lakes, Women Safety and Social issues.

She has over two decades of industry experience as VP IndiaLife Hewitt and later as Co-founder VP of TeamLease Services, India’s largest Staffing company. she Co-founded Basecamp Adventures a company that focuses on Adventure Travel & Outbound Learning. She is also the Trustee of Kaagaz Foundation an NGO that focuses on Environmental Campaigns, Women Empowerment and Education.

Kollywood actress Samyuktha Hegde alleged that she and her friends were attacked and abused by Kavitha Reddy. she was subjected to abuse for wearing a sports outfit in public. Later Kavitha Reddy has released a statement that she did not moral police Samyuktha and claimed she had only intervened as the three friends had played loud music at the park.