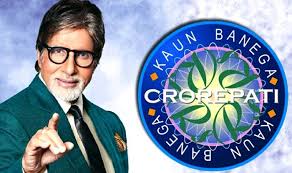 Kaun Banega Crorepati Written Update 10 September 2019: As we all know that Kaun Banega Crorepati has been telecasted on TV for the entire 15 episodes of Season 11 so far, which is quite a pleasure. Charna Gupta, who has won the highest amount so far in season 11, knows the whole world today. People today know Charan Gupta as a celebrity, apart from this, when Charana ji reached his state Madhya Pradesh after winning the winning prize of 50 lakhs, he was welcomed with great pomp with Dhol Nagado. . Amitabh ji says that Charana ji has not only won the highest amount in this season, but has also illuminated the name of entire Madhya Pradesh.


The journey of Kaun Banega Crorepati so far

Kaun Banega Crorepati has made many people known as millionaires till now, whose names are such as Harshvardhan Nawathe came in the first season of KBC in 2000 and won the winning prize of 1 crore, Apart from this, the second season began in 2005 after a full 4-year gap. In which Brijesh Dwivedi played with his clever intelligence and became a millionaire. Season 3 of Kaun Banega Crorepati was presented on the small screen on July 22, 2007, in which Shah Rukh Khan was seen hosting the show instead of Amitabh ji.

KBC season 7 also saw two millionaires Taj Mohammad Rangrez and Feroz Fatima, who are still widely asked by people. The tag line of Kaun Banega Crorepati season 7 was “Learning off then winning won”. Contestant two brothers Achin and Sarthak Narula ji, who came in season 8 of KBC, won the winning prize of 7 crores and broke the record of Sushil Kumar ji who won the highest prize of 5 crores till date. In season 9 of Kaun Banega Crorepati, a female contestant from Jamshedpur, Anamika Majumder Ji became a millionaire. Anamika ji is a housewife as well as an NGO worker, and today she has fulfilled all her dreams. Now the thing to see is that in KBC season 11, who wins the title of becoming a millionaire.


KBC season 11 will be seen this week