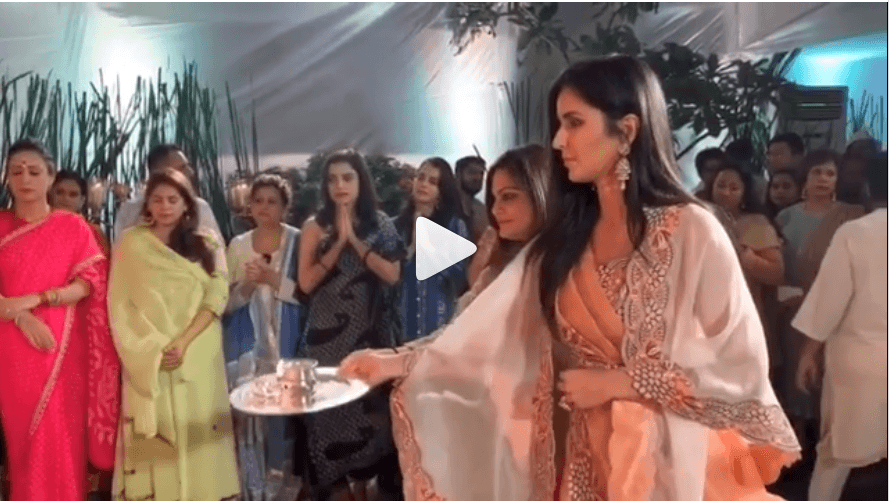 
Remember, Katrina was trolled during Ganesh Chaturthi last year. Because Katrina Kaif Ganesh Chaturthi Celebrations Video: Khan’s sister Arpitas House Katrina Kaif Celebrated ganesh Pooja Aarti after which Katrina had to face trolling. A year later, a similar video has surfaced again, but this time Katrina is not doing aarti alone. In this video, there is a person with Katrina who conducts Arti by holding Katrina’s hand. It seems that Katrina has come to perform Aarti.

In this video, Katrina Kaif is wearing a traditional dress and is seen in open hair and light make-up, she looks very beautiful. Fans are also praising Katrina after watching this video. Talk about her work, Katrina Kaif is going to be seen in the film Suryavanshi after the film India, in this film she is going to be seen with Akshay Kumar. The film will be released on 27 March 2020.