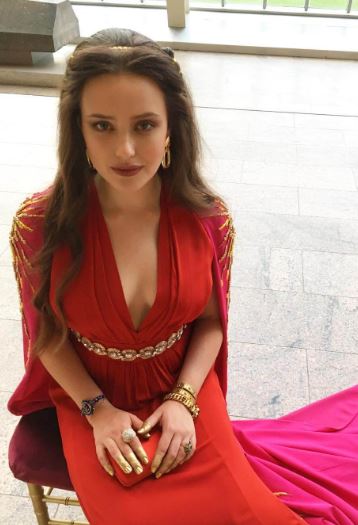 Katherine Langford is an Australian actress. She starred as Hannah Baker in the first two seasons of the Netflix television series 13 Reasons Why from 2017 to 2018, for which she received a nomination for the Golden Globe Award for Best Actress.

Langford first appeared in several small independent films, including Story of Miss Oxygen (2015), Imperfect Quadrant (2016), and Daughter (2016). Langford appeared in her first feature film, The Misguided, an independent comedy-drama by Shannon Alexander, which premiered in January 2018.