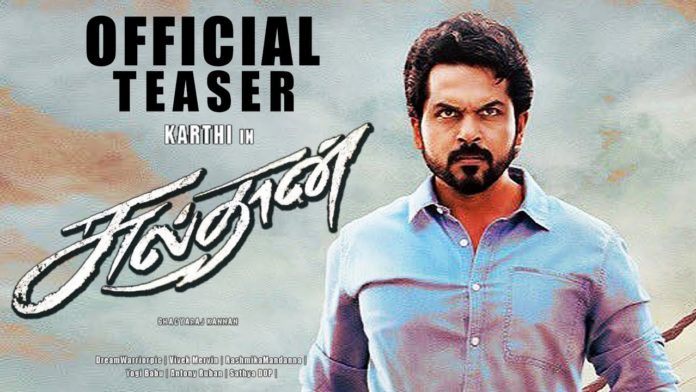 Filming for the upcoming ‘Sultan’ film starring Karthi over the last two years has recently come to an end, and most of the post-production work, including dubbing of the film, is said to be completed.

The first look poster for ‘Sultan’ was released last year and was well-received.

Karthi fans are celebrating the teaser’s announcement of the movie Sultan, which will be released on Monday, 1st February 2021 at 5 pm. The film is directed by Bhagyaraj Kannan and stars Karthi opposite famous Telugu actress Rashmika Mandanna.