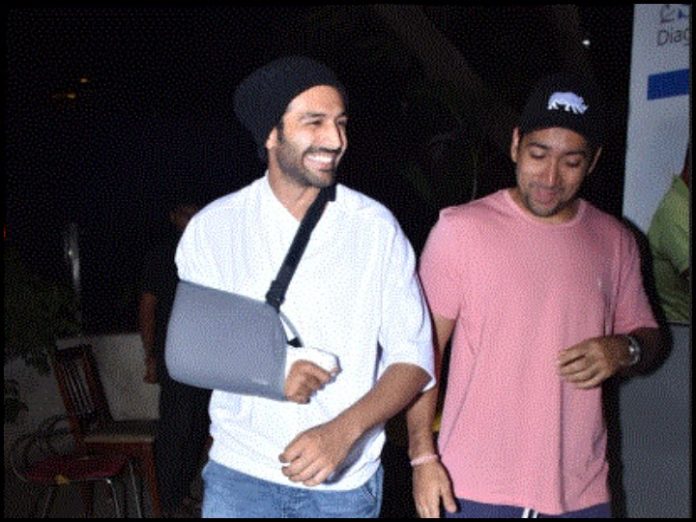 The news is coming that Karthik Aryan can be seen collaborating with Rohit Dhawan, the producer and brother of Varun Dhawan.

Bollywood star Karthik Aryan’s stars are on high. He has several big projects in hand. These days, Karthik Aryan is becoming everyone’s favorite and his films are getting good response at the box office. Now news is coming out that Karthik Aryan can be seen collaborating with Rohit Dhawan, the producer and brother of Varun Dhawan. Recently, both were spotted together after Karthik’s surgery.

Two days ago, actor Karthik Aryan was seen with director Rohit Dhawan and again this evening Karthik was seen in Rohit Dhawan’s office in Juhu. Is it not a new project for both of them to appear together again and again? Now it has to be seen whether Bollywood is going to get a new pair of actors and directors! Last month, Karthik Aryan’s Love, directed by popular director Imtiaz Ali, was released yesterday, in which Karthik garnered much praise for his strong performance.

Talking of Karthik’s upcoming films, he is busy in big films like ‘Dostana 2’ and ‘Bhool Bhulaiya 2’ these days. With this, Karthik recently signed the next action film of Tanaji director Om Raut and now it seems that he is going to announce a big film soon and that too with ‘Desi Boys’ and ‘Dhishoom’ director Rohit Dhawan. Together you can be seen working in a project.

At the moment, Karthik Aryan is busy shooting for his upcoming films and is also preparing for the action film of Om Raut.