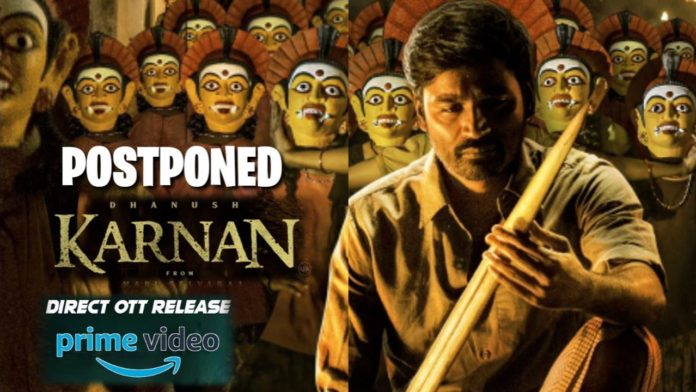 ‘Karnan’ is Dhanush’s latest movie which released in theatres on the 9th of April 2021. Karnan is creating a buzz on social media with its OTT release date speculations. The recent Covid-19 spike caused the audience to grapple with 50% occupancy in theatres. Amazon Prime Video bagged the OTT release rights for Karnan which is directed by Mari Selvaraj. However, the official release date confirmation is awaited.

‘Jagame Thanthiram’ is Dhanush’s other upcoming movie which is creating a buzz on social media with its OTT release date speculations. Netflix bagged the OTT release rights for However, Dhanush distanced himself from the promotions of the movie as he was unhappy with the planned direct OTT release.

‘Master’ and ‘Krack’ tasted success in the box office after their Pongal releases. However, both the blockbusters took the OTT release quickly which was a decisive move. ‘Master’ released on Amazon Prime Video and is tasting success on the OTT platform. ‘Krack’ will release on Aha Video on the 5th of February 2021. However, Karnan is also looking to gain from the early release strategy.

Karnan features Dhanush in an interesting role while Lal, Yogi Babu form the lead cast. The Dhanush starrer was a prospective Diwali 2020 release. However, the Covid-19 pandemic played havoc.

Karnan’s box office success is hampered by the 50% occupancy rule in theatres. However, the film opened to decent reviews which promises a sustained income. Though the opening weekend collections were not up to expectations, Karnan will bounce back with an early OTT release.

The release date of Karnan will be in the middle of May. However, an official confirmation from Amazon Prime Video and the production team is awaited. There were rumors pertaining to the movie releasing on OTT platform on April 14th. It not planned to release Karnan so early on the OTT platform.