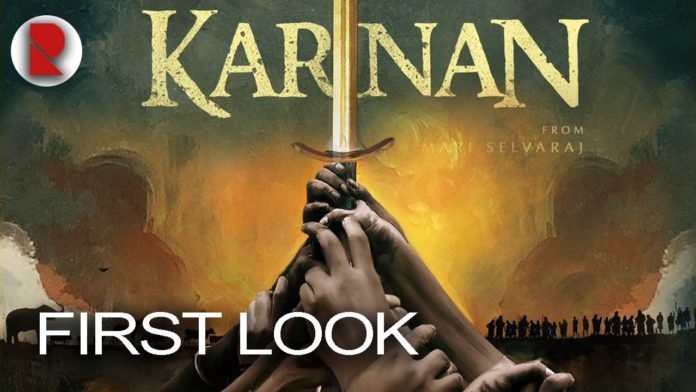 Mari Selvaraj’s movie ‘Karnan’ starring Dhanush is receiving all the attention it deserves on social media. After a disappointment behind Dhanush’s movie ‘Jagame Thantiram’ taking the direct OTT route, ‘Karnan’ will get a theatrical release. However, the first look of ‘Karnan’ released on the 14th of February 2021.

Fans of Dhanush were excited to receive this update from Kalaipuli S. Thanu through his twitter handle. The first look of ‘Karnan’ and the movie’s poster release took place at 11:06 AM IST. The veteran star, Dhanush was last seen in ‘Pattas’ and is currently in the United States of America for his hollywood film shooting.

The first look poster of ‘Karnan’ featured a worried and anxious Dhanush in handcuffs. Dhanush’s fists covered in blood makes the poster impactful.

‘Karnan’ will be a treat for Dhanush’s fans as it packs the combo of Santosh Narayanan for the music and Mari Selvaraj for directions. The V Creations will be the production banner for ‘Karnan’

We are bringing you the first look poster and theatrical release date announcement of #Karnan at 11:06 am tomorrow. Gear up! @dhanushkraja @Music_Santhosh @mari_selvaraj @KarnanTheMovie #KarnanArrivesOnApril pic.twitter.com/bM9WjyIuSi