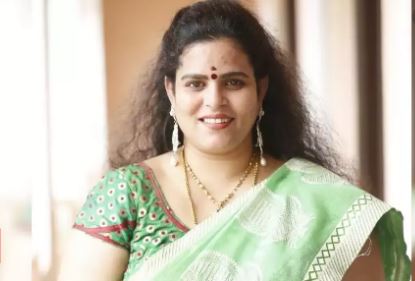 Karate Kalyani is an Indian character actor and comedian who was born in Vijayanagaram. She predominantly works in the Telugu film industry and appeared in Chatrapathy and Mirapakay. Karate Kalyani is expected to feature in the upcoming season 4 of Bigg Boss Telugu.

She entered in to the Limca Book of Records for performing harikatha continuously for 114 hours 45 minutes and 55 seconds.

Hyderabad Task force had raided some clubs near Jahangir Nagar and arrested a few people who were gambling. Kalyani was among those arrested with 80,000 cash seized from her.