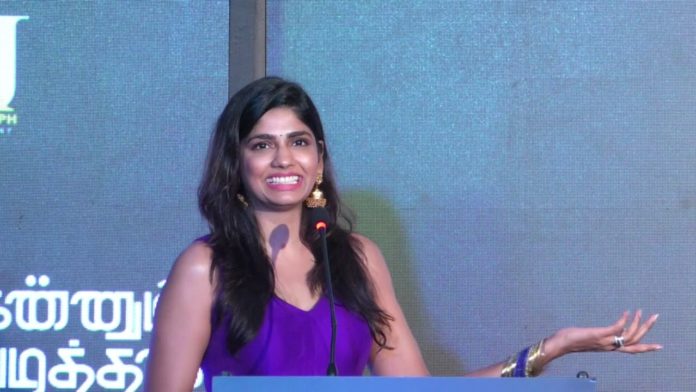 The film ‘Kannum Kannum Kollaiyadithaal’ directed by Desingu Periyasamy, was released last year and was a huge success. Superstar Rajinikanth, who saw the film, praised the director and asked him to narrate a script.

In this situation, the marriage of the film director Periyasamy is to take place. It is noteworthy that he will marry one of the heroines who acted in the movie ‘Kannum Kannum Kollaiyadithaal’ directed by him.

Niranjani Agathiyan played the lead role in the movie ‘Kannum Kannum Kollaiyadithaal.’ She is the daughter of National Award-winning director Agathiyan. He is to marry director Desingu Periyasamy. Their wedding invitation is currently going viral on social media. Following this, the film industry has been congratulating the director.