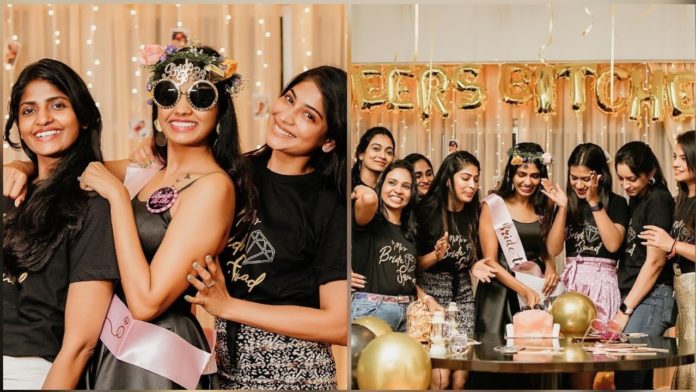 The actress’s photos starred in the movie ‘Kannum Kannum Kollaiyadithaal,’ who gave a bachelor party to her friends and sisters before her marriage and went viral on social media.

The hit film ‘Kannum Kannum Kollaiyadithaal’ was directed by Desingu Periyasamy. Niranjani Ahathian played the heroine’s friend in this movie. She fell in love with the film director, Desingu Periyasamy, and the two are getting married soon.


Niranjani also worked as a costume designer for several films, including ‘Trisha Illana Nayanthara,’ ‘Pencil’ and ‘Kabali.’ Niranjani has given a bachelor party to her friends and sisters before her marriage with Desingu Periyasamy. Actress Vijayalakshmi has posted the photos on her Instagram page, and the photos are now going viral.