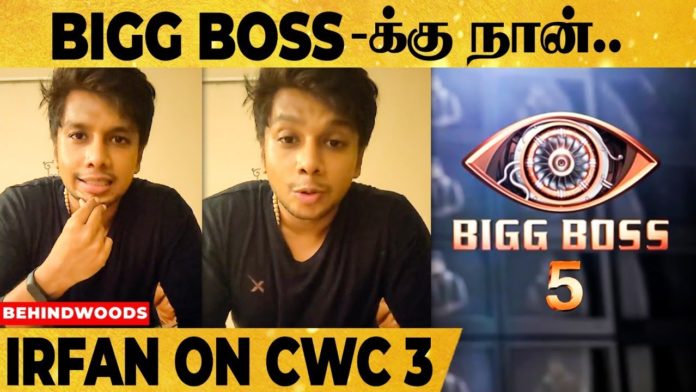 Saravanan Meenakshi Irfan has said that he is looking forward to participating in the third season of Cook with Comali. Irfan is popular among the fans in the serial ‘Kana Kanum Kalangal’ on Star Vijay. Following this, he played Saravanan in the Saravanan Meenakshi serial.

After that, he went to the silver screen and acted in some films. The fans well-received only the film Pattalam starring him. Other films were not hugely successful. At this point, the opportunity to participate in the Bigg Boss show had already come when he was currently conversing with fans. But he does not want to take part in it. He said he doesn’t know to act and fight; hence he won’t be an interesting contestant in Bigg Boss season 5.

And since he knows how to cook, he is looking forward to participating in the Cook with Comali Season 3 show. He said he would definitely attend if he receives a call to participate in the upcoming season.