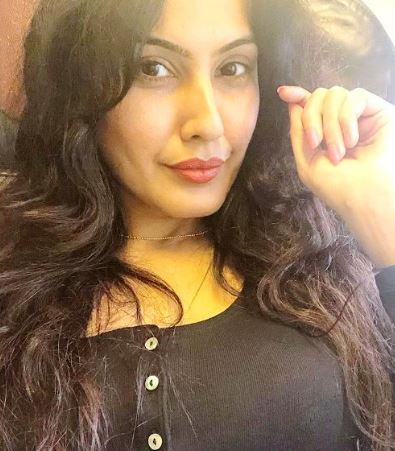 Kamya Panjabi is an Indian television actress, who generally plays the vamp or negative characters in Hindi television serials. She gained popularity with her portrayals in Banoo Main Teri Dulhann, Maryada: Lekin Kab Tak and Shakti – Astitva Ke Ehsaas Ki. She was a celebrity contestant on the reality show Bigg Boss in 2013.

Kamya started her career as a model. She appeared in many TV serials including Astitva…Ek Prem Kahani (2002), Woh Rehne Waali Mehlon Ki (2005), Banoo Main Teri Dulhann (2006), and Beintehaa (2014). In 2003, she acted in ‘Maa Aavida Meeda Vottu Mee Aavida Chala Manchidi,’ a Telugu film. She has won many awards for her negative roles in the Hindi TV serials.

In 2003, she got married to a businessman Bunty Negi. Soon, problems started arising in their married life, and in 2006, they filed for a divorce. Later, they decided to give their marriage a second chance and withdrew their divorce papers. In October 2009, the couple was blessed with a baby girl, Aara. But, after a few months, the misunderstanding between the couple restarted, and they finally got divorced in 2013.
In 2014, Kamya met the TV actor Karan Patel, and soon, the rumours of their link-up started. As per the sources, they got separated because Karan was not loyal towards her, whereas, as per some other sources, Karan’s parents were not ready to accept a divorcee and a mother of a child as their daughter-in-law.
In 2019, she met a businessman Shalabh Dang. They became friends, and soon they fell in love with each other. In an interview, she shared her story.