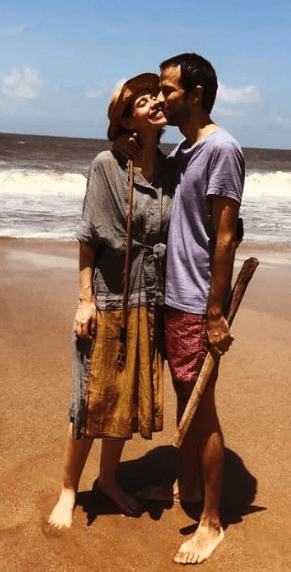 Bollywood actress Kalki Cochin is in the headlines these days due to her relationship. She has shared a photo on Instagram in which she is seen with her boyfriend. After her divorce from Anarag Kashyap, Kalki shared her boyfriend’s photo on social media for the first time.


Bollywood actress Kalki Koechlin is in the news these days due to her relationship. She has shared a photo on Instagram in which she is seen with her boyfriend. In the caption of this photo, he wrote that I’m always a Sunday when focused with my favorite caveman. Both look quite cozy. Kalki is looking beautiful with a cute smile on her head. These couples look even more romantic on the beach. Fans are praising the photo.

Close friends like Richa Chaddha, Sobhita Dhulipala, Bhumika Chawla and Tilottama Shome have responded to the post. Apart from the fans, Kalki’s close friends are praising him a lot. This video is becoming very fast on social media. Looking at the photo, it seems that both are very happy with each other. Till now thousands of likes comments have come on this photo.

We know that Kalki was married to filmmaker Anurag Kashyap earlier. They got married in April 2011 after dating for two years. However, they decided to go their separate ways and got divorced in 2015. The two are still very good friends. Kalki was seen in the recent famous Series Sacred Games. Kalki shared a picture with Anurag on Instagram and wrote that two devotees on the set of Sacred Game. On career front she is waiting for her series Zee5 Original Bhram which premieres on September 18, 2019.