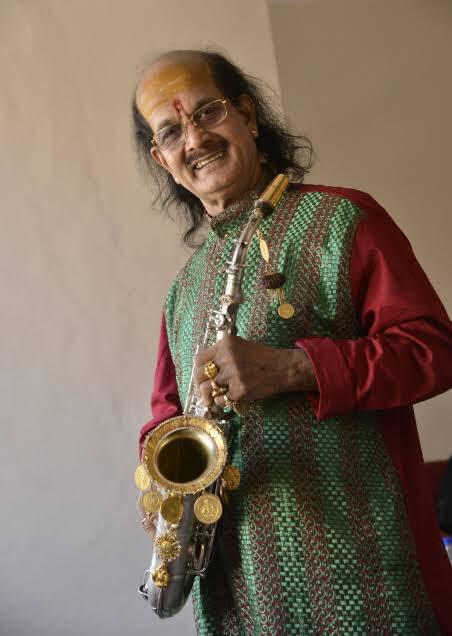 Saxophone wizard Kadri Gopalnath passed away on October 11, 2019 following a brief illness at a private hospital in Mangalore. Kadri Gopalnath was a recipient of Padma Shri, India’s fourth-highest civilian honour in 2004. He pioneered the use of Saxophone instrument in main stream movies and one of his famous movie “Duet” with music director A R Rahman is still fresh in the minds of people. His music has the power to change any depressed mind into absolute joy. He passed away at the age of 69.

In 1970s , Kadri Gopalnath would practice saxophone in his place at Kadri-Mallikatte starting as early as 5am. The nearby people could hear it from their home. His was single minded focus to master his chosen instrument. And He became the master of it. The carnatic inaugural concerts will hereafter be something else without his inaugural music. TheNewsCrunch offers our condolences to his family and fans.

Here are some of the tweets about Kadri Goplnath on the day he died:
His fans and celebrities are offering their condolences online

Sir @rsprasad sir requesting help to Padma Shri awardee Kadri Gopalnath’s Son Guruprasad Kadri to travel to Mangalore, who is stuck in Kuwait . His passport has gone for stamping and he needs to travel back as #KadriGopalnath passed away today. pic.twitter.com/nG0MP2kUu9

A big loss to our music industry. Kadri Gopalnath Ji who revolutionised Saxophone instrument & made it mainstream classical Indian music is no more. #kadrigopalnath pic.twitter.com/F4JtlBxD76