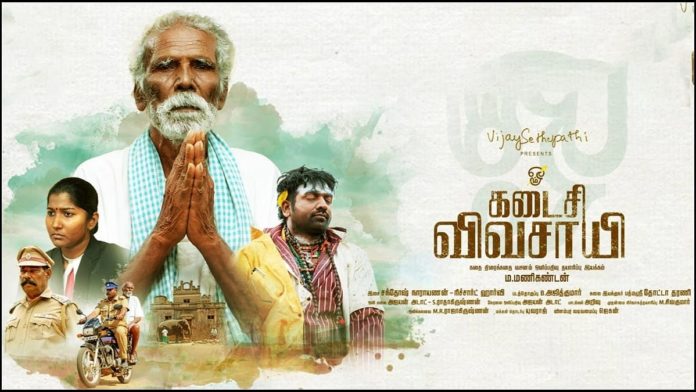 The trailer of one of the films starring Makkal Selvan Vijay Sethupathi, ‘Kadaisi Vivasayi’, has just been released and has gone viral on the internet. Directed by Manikandan and composed by Santosh Narayanan and starring Vijay Sethupathi in the lead role, the film tells the story of an elderly farmer in a very natural way.

It is clear from the trailer that the livelihood of the farmers and the situation of the present rulers, the ignorance of the people are very naturally shown in this film. Not only is every verse featured in the film thought-provoking, but the film as a whole is expected to be a vivid portrayal of the plight of farmers in today’s environment.