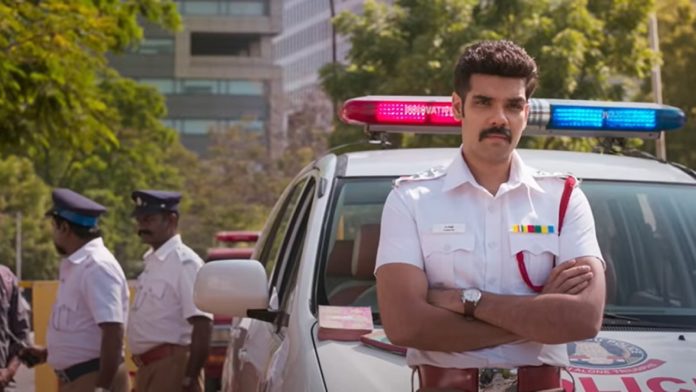 Storyline
Shakti is a traffic sub-inspector, and he wants to switch to crime soon. Top officials have repeatedly rejected his demands. One day, the bones of three dead people are dug up near his workplace.

Since the on-duty police did not make much effort, Shakti decides to take the case into his own hands and settle the case. This Kabadadaari ‘s story is about how to solve it and many other interesting things.

Analysis of the movie
It is a remake of the Kannada film Kavaludari which had a solid story. We have to say that the Kabadadaari has stuck to the original script. This is what makes this film so strong.

The film begin in 1975, and the scenes taken during that period are excellent, and in technical terms, those scenes have come to be original.

Sibiraj, Nasser, and Jayaprakash all shine in their acting. If the other actors’ acting had been better, it would have definitely added one more strength to the film. Also, the film’s biggest strength is the story written by Hemant M. Rao; the writing is so strong that it attracts the viewers’ attention and engages you till the last.

The first few minutes may have been handled more elegantly because it looks completely different from the film’s rest. Once the film jumps into the main idea, the film will somehow captivate you. Also, the background music of Simon King is the vibrancy of the film.

The screenplay of the film is excellent. As mentioned above, the most important question is, does the film involve you? If the answer is yes. But Kabadadaari is a little less so when you look at that excellent remake. For those who watch Kabadadaari for the first time, this is definitely one of Tamil cinema’s most important thriller films.

Overall Kabadadaari is a decent remake will be a good thriller for first time viewers.