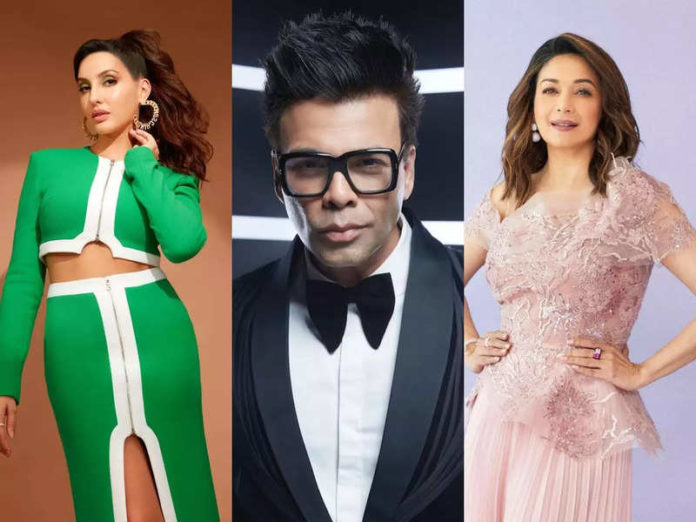 Jhalak dikhla Jaa is a most popular television reality shows in Indian Hindi language.  Jhalak dikhla Jaa is originated from BBC’s Strictly Come Dancing Show.  All previous seasons have received huge response from audiences. The former season winner was  Teriya Magar. The judges of the season 9 were  Farah Khan, Jacqueline Fernandez, Karan Johar and Ganesh Hegde. In a row, Jhalak dikhla Jaa Season 10 air date and list of contestants have been confirmed to crank up the energy level of the audience. Lets have a look about it in this article.

The show, which is going to tie up you in the seats is confirmed their contestants list and starting date. Hush-Hush! let us unleash the list for your merrymaking moment.

The above are mostly confirmed contestants list. Media platforms are spotted many of these on the shooting set.

There will be three judges take place in this season 10. They are,  Madhuri Dixit, Karan Johar and Nora Fatehi.

Madhuri Dixit, is a great dancer and she received many awards as a honor of actress.

Nora Fatehi, is a grace dancer too, who will be a great plus for the show.

Karan Johar, Well known for his knife-like command. He is definitely going to be the best backbone of the show.

Apparently, the actress Kajol was rumored to be approaching as a judge for season 10 initially, which she turned down later for some reason.

We will coming up with all the confirmed lists sooner. Keep your eyes on out site for more updates on this article. Thanks for visiting us.