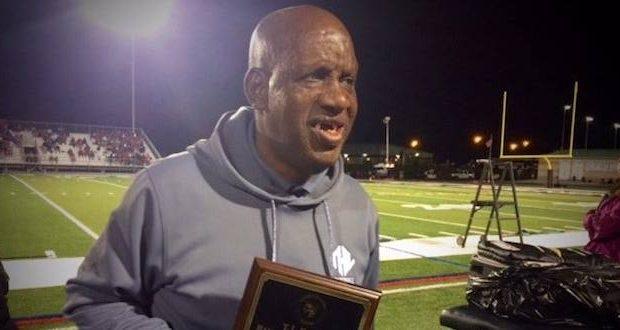 T.L. Hanna High School legend James “Radio” Kennedy died, according to his niece and caregiver Jackie Kennedy. Kennedy said Radio was taken to Hosptial of the Upstate in Anderson County Saturday afternoon. She said he passed away early Sunday morning 15th December 2019. James Radio Kennedy was 75 when he passed away. Just as the movie “Radio” (2003) portrays, Radio got his nickname by always walking around with a transistor radio up to his ear. He became enthralled by the high school football team and was taken in and treated like football family.


Former T.L. Hanna High Principal Sheila Hilton wrote a few years ago, “At that time, he was a teenager, with a transistor radio seemingly attached to his ear, who could barely speak and had never learned to read or write. He was nicknamed Radio by the coaches and players. He became a fixture at football practices, standing passively and watching, until one day when he began to mimic the coaches’ signals and tried his hand at yelling out commands. At that point, he could have been labeled a distraction and sent away. But he was not. The coaches embraced him, and as coaches came and went, someone would always take over in caring for him.” Radio has been associated with the T.L. Hanna football program for decades after showing up on the field as a teenager in the mid-1960s. Jones says because Radio has diabetes, and that likely played a role.

In 1964, former T.L. Hanna football coach Harold Jones befriended Radio. The story of Radio’s friendship with Jones was the subject of the film “Radio” in 2003. Radio was previously hospitalized in early December, according to Jones. He said Radio was treated for pancreatitis, along with ongoing diabetes and kidney issues. Kennedy was inducted into the T.L. Hanna Athletic Hall of Fame in 2016.