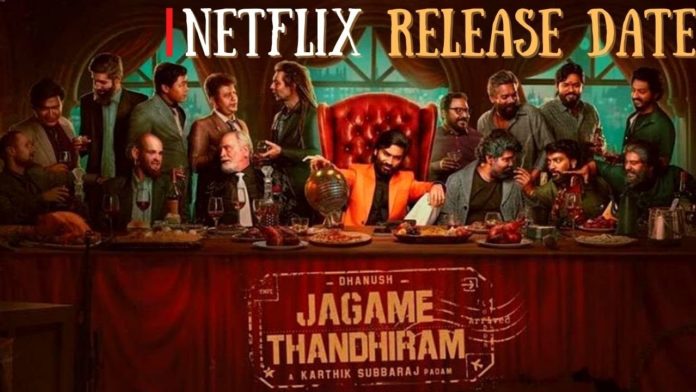 ‘Master’ and ‘Krack’ tasted success in the box office after their Pongal releases. However, both the blockbusters took the OTT release quickly which was a decisive move. ‘Master’ released on Amazon Prime Video and is tasting success on the OTT platform. ‘Krack’ will release on Aha Video on the 5th of February 2021. However, Jagame Thanthiram never explored the box office release route.

Jagame Thanthiram will feature Dhanush in an interesting role while Aishwarya Lekshmi and Hollywood actor James Cosmo will form the lead cast. Jagame Thanthiram is released by Y Not Productions. The Dhanush starrer was a prospective Diwali 2020 release. However, the Covid-19 pandemic played havoc.

With the situation improving across Indian states, the production team is not willing to take the box office bite. Hence, Jagame Thanthiram is scheduled for a direct OTT release. According to reports, Netflix is pushing forward for an early release after seeing the success of ‘Master’ on Amazon Prime Video.

While Jagame Thanthiram will release on Netflix, Dhanush’s next film ‘Karnan’ is touted for a theatrical release in April 2021.

its going to be back to back release for @dhanushkraja
and double celebration for D fans !!#JagameThandhiram on @netflix #Karnan in Theatres pic.twitter.com/bPzxyvxBOw