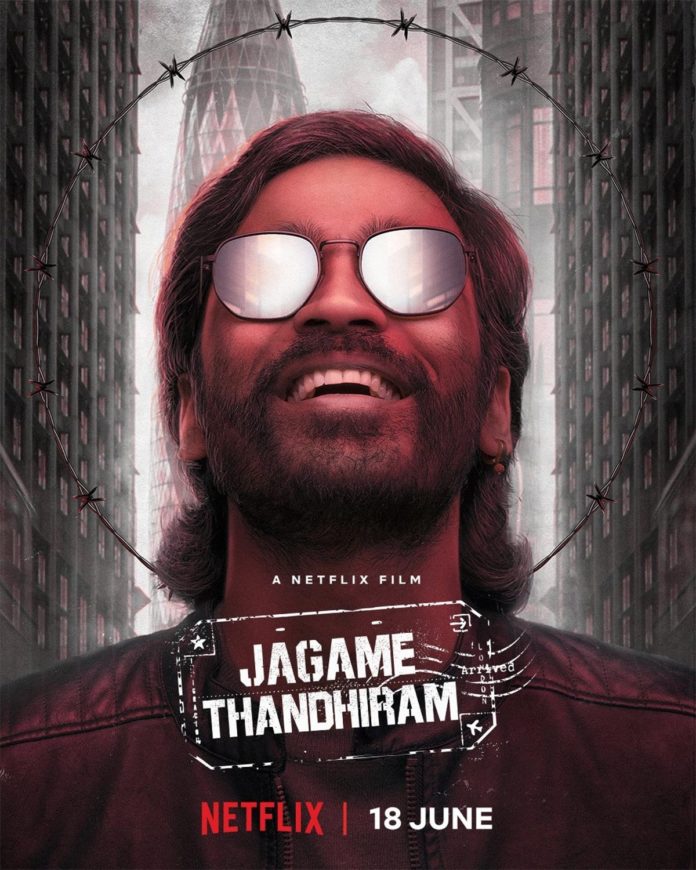 Following Dhanush starrer ‘Karnan,’ the release date of his next film has been officially announced.

Dhanush starrer ‘Jagame Thandhiram’ was directed by Karthik Subburaj and produced by Y Not Studios. It has already been officially announced that the movie will be released on Netflix OTTT on 18th June 2021, as it has already been rumored that the movie will be released on OTT platforms. With the theaters closed in India due to COVID 19, many big movies are directly coming to OTT platforms.

Dhanush’s fans are elated with the official release date of the Jagame Thandhiram movie and are trending it on social media. Santhosh Narayanan has composed the music for the film, which stars Dhanush, Aishwarya Lakshmi, James Cosmo, among others. The film cinematography by Suresh Krishna and editing by Vivek Harshan is a highly anticipated movie.