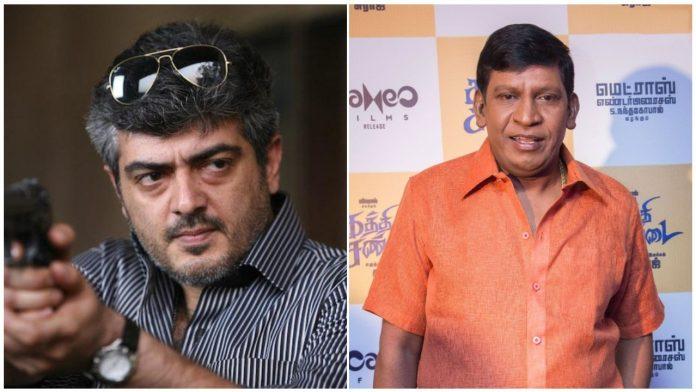 Thala Ajith, Director Vinod and producer Boney Kapoor are all set to reunite in the upcoming film “Valimai” with actor Vaigai Puyal Vadivelu. It is also reported that Sridevi’s daughter Jhanvi will be playing the lead role in the film. It is reported that Ajith is playing the role of a police officer in the film ‘Valimai’ which is ready for action fight.

It is at this juncture that Vadivelu will be seen in the movie ‘Valimain’. The 2002 film Raja starring Ajith and Vadivelu was the last movie where they both worked together.

The latest hot news in #Kollywood is that talks are on with #Vadivelu to act with #ThalaAjith in '#Valimai' directed by #HVinod. The sources caution that only initial talks have gone on and nothing is official yet.